From 1940 to 1946, her concerts were limited within Spanish territory.

Being in contact with great figures of the musical world of those times, such as Alfred Cortot, Arthur Rubinstein or Claudio Arrau, and broadening her performances each year in Spain and in the rest of Europe, was enriching her career and consolidating her prestige.

On October 7th, 1947, Alicia travelled to Lausanne (Switzerland) to deliver her first recital abroad. It was from that moment on that she began to be invited by Music Societies and European orchestras, but it wasn't until the 60’s that she really begun concert tours throughout other continents
May 15th, 1950 was a very special day that Alicia would always remember with a lot of enthusiasm and fondness. She played in the Palau de Música of Barcelona, “Concerto for Two Pianos” by the French composer, Francis Poulenc, with the composer himself, under the direction of his friend and also composer, Carlos Suriñach.

Alicia made her debut in the USA in 1954, when she was invited by the orquestra director, Alfred Wallestein to do a tour of 9 concerts through California with the Philharmonic Orchestra of Los Angeles, interpreting Mozart’s Piano Concerto in A major, K488, along with “Nights in the Gardens of Spain” by Manuel de Falla. The following year, she gave her first recital in New York, but she didn’t return on stage in America for 10 years (1965).

De Larrocha always kept a pleasant memory of the period in which she formed a duo with her great friend, the violoncellist Gaspar Cassadó, from the end of 1956 to the end of 1958, and of her collaborations with the violinist Giovani Bagarotti.

During her youth, she formed a piano duo with Juan Torra (also a student of Frank Marshall), who on 21 June, 1950, became her husband. On various occasions she played with her dear friend, Rosa Sabater, concertos for two pianos and orchestra, and for 4 pianos and orquestra (with Juan Torra and Jaime Padrós).
Since its inauguration in 1958, de Larrocha was part of the team of professors (along with Andrés Segovia, Conchita Badía, Federico Mompou, Xavier Montsalvatge, Higinio Anglés, Amparo Iturbi, Antonio Inglesias…) of the “Cursos de Música en Compostela” (Music Courses of Compostela) that were carried out during the summer in Santiago de Compostela. She was able to be part of them, for the first seven years, however later, due to her hectic agenda; she could only assist from time to time. She always had very pleasant memories of those years and maintained close friendships with students, teachers and members of the board of directors.

In 1959, the year in which her maestro Frank Marshall passed away, Alicia took on the directorship of the Marshall Academy, as the continuation of the Granados Academy. Apart from supervising teaching duties, when her busy agenda would allow it, she would also give master classes of Spanish composers. During her absences, the management of the academy was delegated to Juan Torra, Mercedes Roldós and Carlota Garriga (in that order). 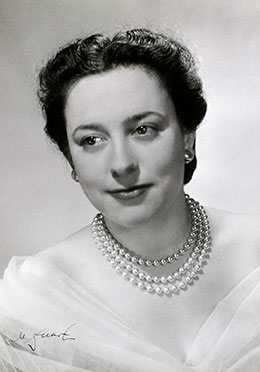